Our Little [or not so little] Puppy

Meet Kailua. She is the sweetest puppy ever. We adopted her on December 6 and she has been wiggling her cute little self into the core of our lives ever since. 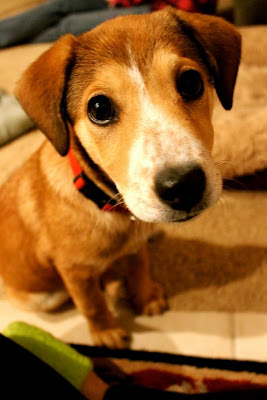 I was just going to post a bunch of pictures, but like the Mexico Legacy post, I would like this to be a bit more meaningful. The story behind Kai is a bit crazy. We found a different dog from a rescue agency, but they decided to reject our application because she would not be inside all the time. Mind you, she was a lab / shepherd and who the heck would leave a dog like that inside all the time? Dogs need to play outside and enjoy the sun and running around. Even though I knew it was ridiculous, that shook me to my core and made me feel utterly rejected and horrible. I cried to Matthew that night because I thought I would be a horrible dog mom and we should never get a puppy. So fast forward one day (that's right, we went continued puppy shopping the next day) and found little Kai (then unnamed) at a local shelter. They had "puppy alley" with 20 or 30 puppies, almost all with a waiting list already. Luckily for us, Kai wasn't in the system yet -- we were first! Four days later (mandatory waiting period) we went back to pick her up. They didn't tell us that she would be going straight to the vet (well the next day) and not home with us. It was a surprise, but also a relief. 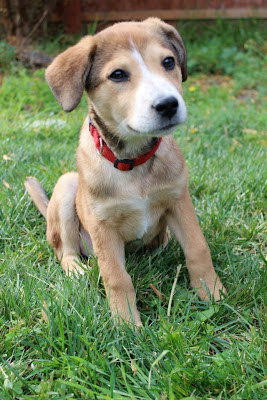 The next day I ended up picking up Kai from the vet on my own. Matt had to work and was totally unreachable by phone for the most part. It sounds really pathetic now, but I was completely freaking out. The vet had been calling me all morning (do you want this painkiller? how about a poop sample? blah blah) and I was making these decisions that I had no idea about (uh, is an IV of fluid really necessary? [no]). I've never been a dog owner before, I have no idea what I'm doing. Why on earth did we decide to do this? So I am in full on meltdown mode by the time Matthew finally calls back. I'm supposed to be at the vet in 30 minutes and I'm crying about how I'm going to be a failure and have no idea what I am doing. Matthew manages to calm me down and reassure me that I will be fine. I'm going to be an excellent dog mom and I can do this. So I go to the vet and they (eventually) bring me back to my puppy. It took like 30 minutes in the waiting room and it felt like forever. Probably because I felt like my face was still red from crying and I was all by myself. Thankfully, my Mom was texting me and helping improve my spirits. Then they bring me back to my puppy and tell me I can take her. Can she walk (she was drugged up)? Does she need to use the bathroom? Do I carry her? I had to start making decisions (yes, no, yes). When I walked into the parking lot I was alone. Literally the last person there. And I had a very quiet puppy. What the heck? They just gave her to me? What do I do now? It was overwhelming (and I hear, quite like leaving the hospital with your baby for her first time). Thankfully, a friend dropped by my house that night. She has had many dogs and four kids and totally calmed me. I don't know what it was, but I was just reassured that I could do it with her being there. I wasn't going to screw up. I was going to be fine. I might not make the best decision each time, but it would all work out in the end. And you know what, she was right. We're doing fine. Kai is wonderful (and sleeping through the nights! and peeing outside!) and we are doing this thing. We've only had her for a month and a half, but I already cannot imagine life without this little one!

This is also going to be the biggest photo dump in quite some time. Deal. And Enjoy. 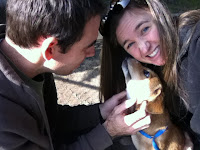 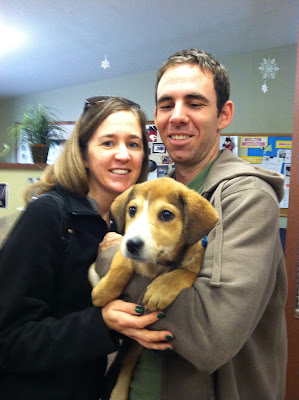 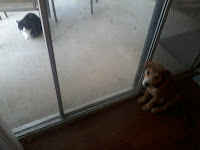 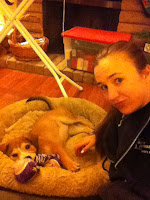 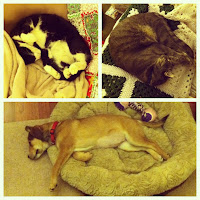 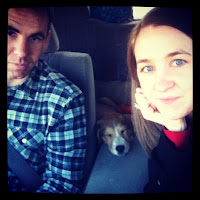 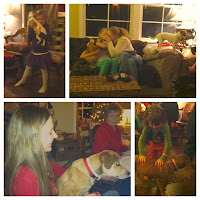 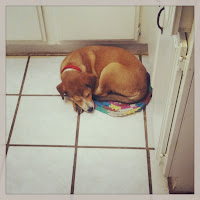 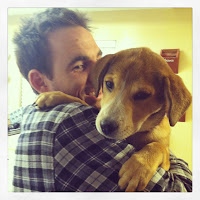 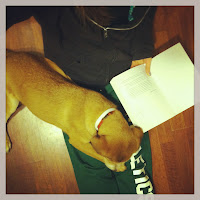