NewlyWife: The End of an Era

No. I'm not talking about me not being a newlywed anymore (although as we approach five years, you may disagree). I'm talking about the end of my blog with Emily. We have blogged there for three years and loved it. I know I learned so much about blogging, and life, through writing there. As we posted on Monday, we have decided to sell the blog. It has nothing to do with our relationships (we are both still happily married), our contributors (those ladies are awesome), or our friendship / cousinship (Emily is seriously awesome, check out her new site); but everything to do with our passions and time.﻿﻿﻿﻿

﻿﻿﻿﻿
You see, we both love writing and blogging (both of us have had one blog or another for the last ten years), but we just were not feeling NewlyWife anymore. It was not our passion and was taking up a lot of time. It started as a fun adventure, but had turned into a dreaded chore. Personally, I felt like I had to be careful with what I said because it was not just my blog but hers too. She never said anything to offend me or quench my writing, but I know that we don't always think the same way (who does?), and I wanted to be careful not to say something like it was what we believed, when it was my opinion. [hello run-on sentence!] Make sense? It was also just plain exhausting to have to come up with 2 - 3 posts of new content each week. The contibutors totally helped, but it still was not what we thought it would be after three years. 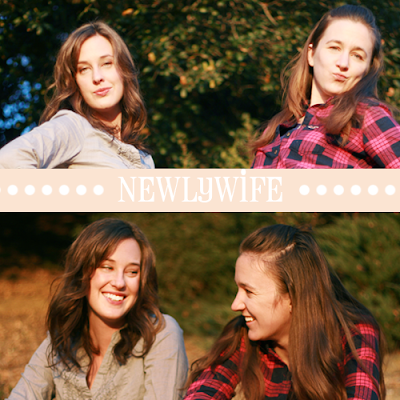 We came to the decision to end it (?) late last year, and have been trying to figure out exactly what to do since then. I'm sure some of you noticed that we went from daily posting to nothing overnight. It wasn't planned that way, it just kinda happened. Matt and I started talking about creating a blog together, that has since changed to my new blog about fire wife life (which has not made public yet, but I am working on it!). With my passions headed towards that, I really had no idea what to write on NewlyWife. All I could think about was one post or another about my new life as a fire / EMT wife. I will miss NewlyWife, but I know it is time to move one. I'm just grateful that I have something else to be passionate about.
﻿﻿﻿
As Emily said, Yesterday [it was Monday, but I really just stole this text from her site], we announced our plans to move on and also our intent to try and sell the site. With 925 posts and a growing readership of about 13,000 unique visits per month, we believe it has potential to continue to grow under the direction of someone who feels passionate about newlywed life. Our goal is to see the site continue and continue to be the blessing for them as it was for us.
Are you interested in purchasing NewlyWife? We’d love to get in touch with you! Learn more by visiting NewlyWife and reading our post announcing the sale.
Posted by Megan at 3:00 PM No comments:

On Sugar and Booze

It's no secret. I love sugar. I love carbs. And, I'll admit, I love booze. I started the year doing a 21 (or shall we say 19) Day Sugar Detox from Diane Sanfillipo (who wrote Practical Paleo, which is amazing)! I wasn't worried about the sugar as much as the carbs (and vino) -- but thought it would be simple as we were practically eating paleo before the holidays anyways. However, everything was a challenge. I REALLY missed my bread and cookies, but mostly I missed wine. Mmmm. Wine. Also, it was really hard as we dealt with Matt's grandpa going on hospice and then passing away in the midst of it. Trying not to eat sugar / carbs while eating fast food is nearly impossible. But I did it. I caved though, when we had whiskey in his honor, and then just called it quits on day 19 when we had a Cajun feast at church (also in his honor). It was okay though. I was fine (although a bit bloaty) after cornbread and key lime pie. 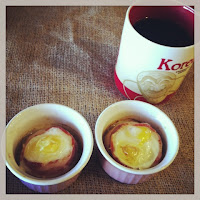 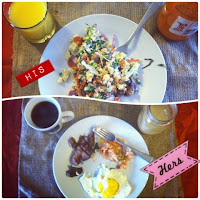 I think the biggest change is coming now. I am eating sugar daily (but still not much), carbs are in full force while at work, and wine is the drink of choice with dinner. I did not think it was really having an effect on me, but upon deeper reflection, it is. My face broke out like crazy, I'm incredibly tired, and if you don't feed me often enough, I could kill you. Those symptoms were non-existent when my blood sugar levels were not rising and falling like crazy with carb rushes (hello afternoon carb cravings!). I also have noticed that I am retaining a lot more water in my belly. Boo. This is more health / body talk then I usually share here, but oh well. My girl Alice has been more honest in her daily blogging (you go girl), so I want to as well. And I want to write more. That is one of the things I miss most about not posting on NewlyWife anymore. I hope I can find my voice here again. Whoa, major rabbit trail! 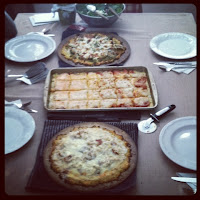 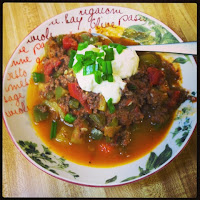 Anywho, I think I am going to try and have more fats and protein in my diet. I hate the craziness with the blood sugar in constant flux. I have found that eating a high protein / fat meal in the morning (eggs with sausage or bacon or leftovers from the night before) keeps me going until lunch. I used to have to eat a snack by 9 or 10, but better food fuels me longer. We're also trying to eat organic and grass fed. I know it's crazy expensive, but I really do notice a difference. Also, we eat smaller portions of meat and it lasts longer. The biggest challenge is not eating, but preparing. It is so easy to grab whatever is close (hello frozen pasta meals) when there is no fresh food in the house. I really need to get better about meal planning / grocery shopping, and including lunches in the mix (I'm actually really good with planning dinners). Matt wants to cook more, so we need to find a time that we can both sit down and prepare for the week. 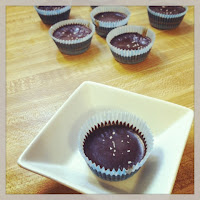 All of the foods pictured are sugar / sweetener free and carb free (with the exception of Matt's breakfast). It was actually really tasty too. The pizza has a cauliflower crust and is a favorite around our home. The biscuits are made with coconut flour and olive oil (they're savory, with thyme and rosemary). My favorite treats (we could have one banana or green apple per day) from the detox were these coconut bliss bites. Basically mash banana with unsweetened cocoa powder and unsweetened coconut flakes. Freeze. Let that for a minute or two before devouring. And I feel so healthy when I eat them. No gluten or grains or other stuff that makes me feel like crap. Let's not discuss the girlscout cookies in my freezer. Grrr. 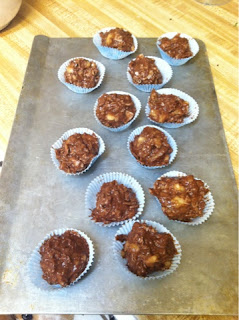 Could you go without sugar for 21 days? Would you even want to try? Any suggestions for upping my veggie intake? I'm good with meat, but don't know how to prepare veggies other than a slow roast. haha
Posted by Megan at 11:53 AM 2 comments: