This is our next Twilight project. Rosalie wore this scarf in the cafeteria scene in the first Twilight movie. I have found many knit versions of this pattern, but this is the only crochet version.

Movie picture from Nancy Fry on Ravelry (she made a knit version of this scarf - which is more like the original. She has done a bunch of Twilight inspired patterns, but all for knitting. Check them out if you get a chance.): 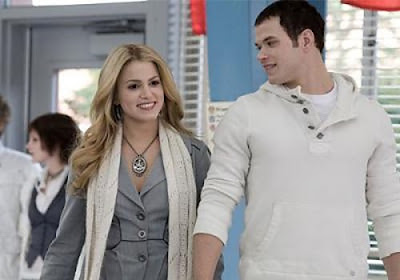 Here is the picture of the crocheted version from A. M. Downs: 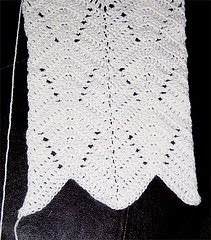