I kept seeing Missie post about her Iron Craft challenges, and they just looked so fun.  This week's challenge was to make a coffee cozy.  Lucky for me, I had already made one!  I wanted to make a few more to sell on etsy, but the pattern just was not right.  I feel bad for joining the Iron Craft challenge a few weeks late, but better late than never, right?  I finished up these 2 cozies during the week of the challenge. 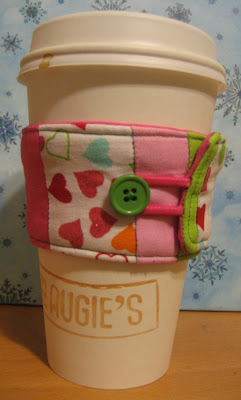 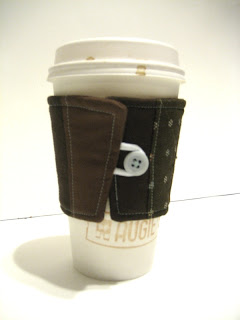 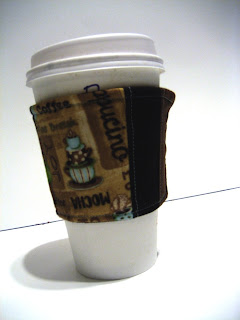 Below you can see the 2 next to each other.  You can see how much smaller the pink one is -- that was my first attempt! 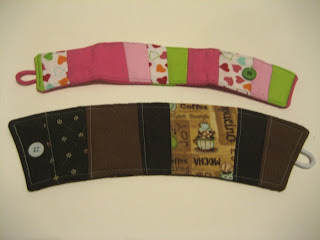 I am in love with the pink / green hearts one.  The other one... well it just may be showing up when I do my giveaway later!  I had to do some last minute changes, after I tried it on the mug.  You can see my "fails" below! 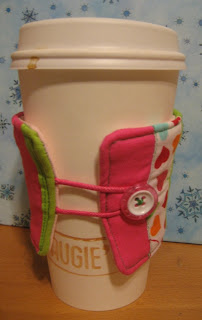 This one was just tossed.  No recovering from it.  It would have been super cute,but part of it did not attach and I chopped off the end.  Then it was just too small.  :( 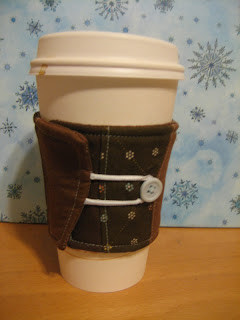 And this one -- well it is the "before" of the cute light blue & brown coffee cozy.  The button was sewed on too far to the right.  I was able to cut it off and resew it, though I was worried I would not be able to, because I sewed the button on before sewing the 2 pieces together.  Sigh.

All in all, it was fun to participate in this iron craft.  I would love to keep going - with more crocheted items!
Posted by Megan at 1:00 PM